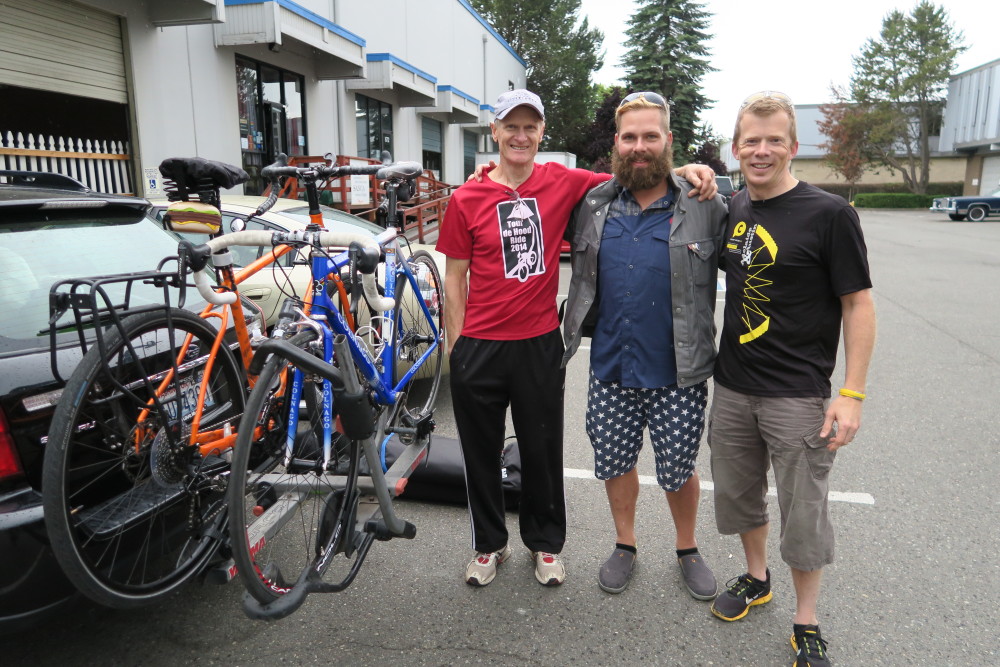 it was a long day. i had to wake up @ 2:30am which in seattle time is 12:30am. i slept for almost five hours which is normal for me but it wasn’t in the same time frame that i normally sleep and i think it threw me off. the airport was surprisingly crowded and it went good with the exception of the check in guy giving me someone elses boarding pass, not mine, and only one of the bags of two made it onto the plane. that gave me a little bit of time to get to know stefan furst, who is a livestrong leader in the area. after finally receiving my bag a few hours later, we made our way to a local circus school(sanca)that he knows of where people learn and train to do all sorts of great performance. it was really an awesome thing. everyone knew him and were very polite and interested in me. i assembled the bike, then we went and got lunch, a great burger from a place, jules maes. we met up with patrick chatfield, another livestrong leader. these guys are serious and we’ve got plans to get me escorted on the start of my ride. it’s just the beginning and i feel like i’ve made so many new friends.

after seeing the hills here, i’m a little nervous, but i know i’ll push through them and in a month and a half i’ll be wishing i had more time to ride around.