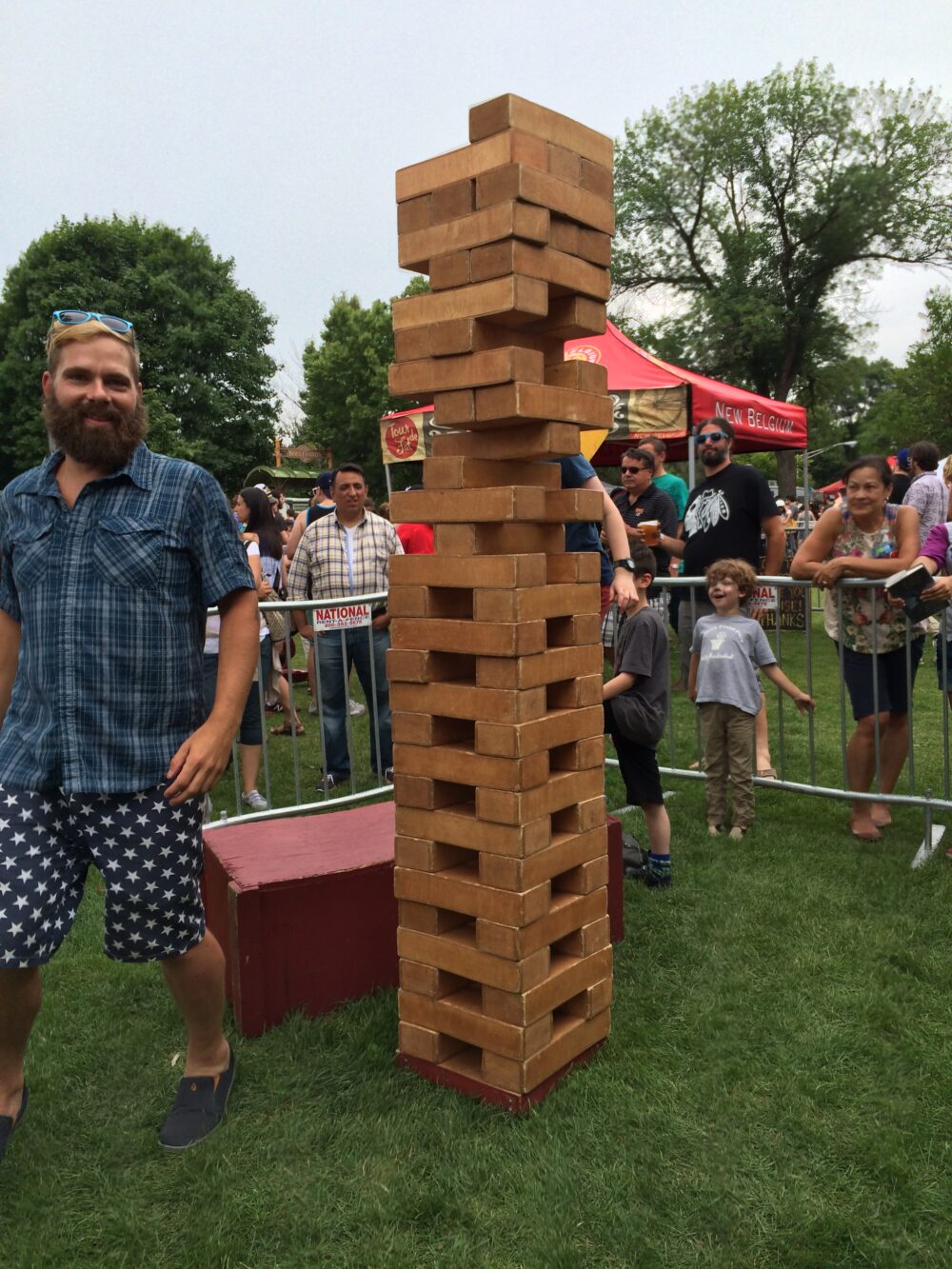 today the article on dnainfo came out. justin breen did an excellent writeup about me and i’m happy with the way it turned out as well as all of the people sending positive comments. really, there was only one guy that wasn’t positive about this, and that was a month ago. i’m guessing it was just jealousy.

innerworkings(the company i work for) mentioned a meeting tomorrow about a companywide fundraiser for my fundraising. that’s pretty awesome and i am glad to be at such an amazing place.

my family is visiting from michigan, and when i say family, i don’t just mean my brother, sister and mom. there’s 12 total, including in-laws, nephews and nieces. the most exhausting part is getting everyone to agree to do the same thing.

over the weekend my s.o. and i went to tour de fat and we played an intense game of jenga with some kids. they were really good. we almost had all the blocks stacked, maybe three turns away from the end when it tumbled. i commend their efforts.

the bike went in for the final tuneup yesterday and i pick it up today. the rear wheel was slightly out of true and the shifter was having a small issue, but i’ve put at least 2500 miles on it.

okay, first time i’ll mention it here, last time you’ll hear about it here:
going to the doctor is a huge inconvenience, it’s not that i don’t want to, it’s just that it’s difficult to make it happen. that’s it.