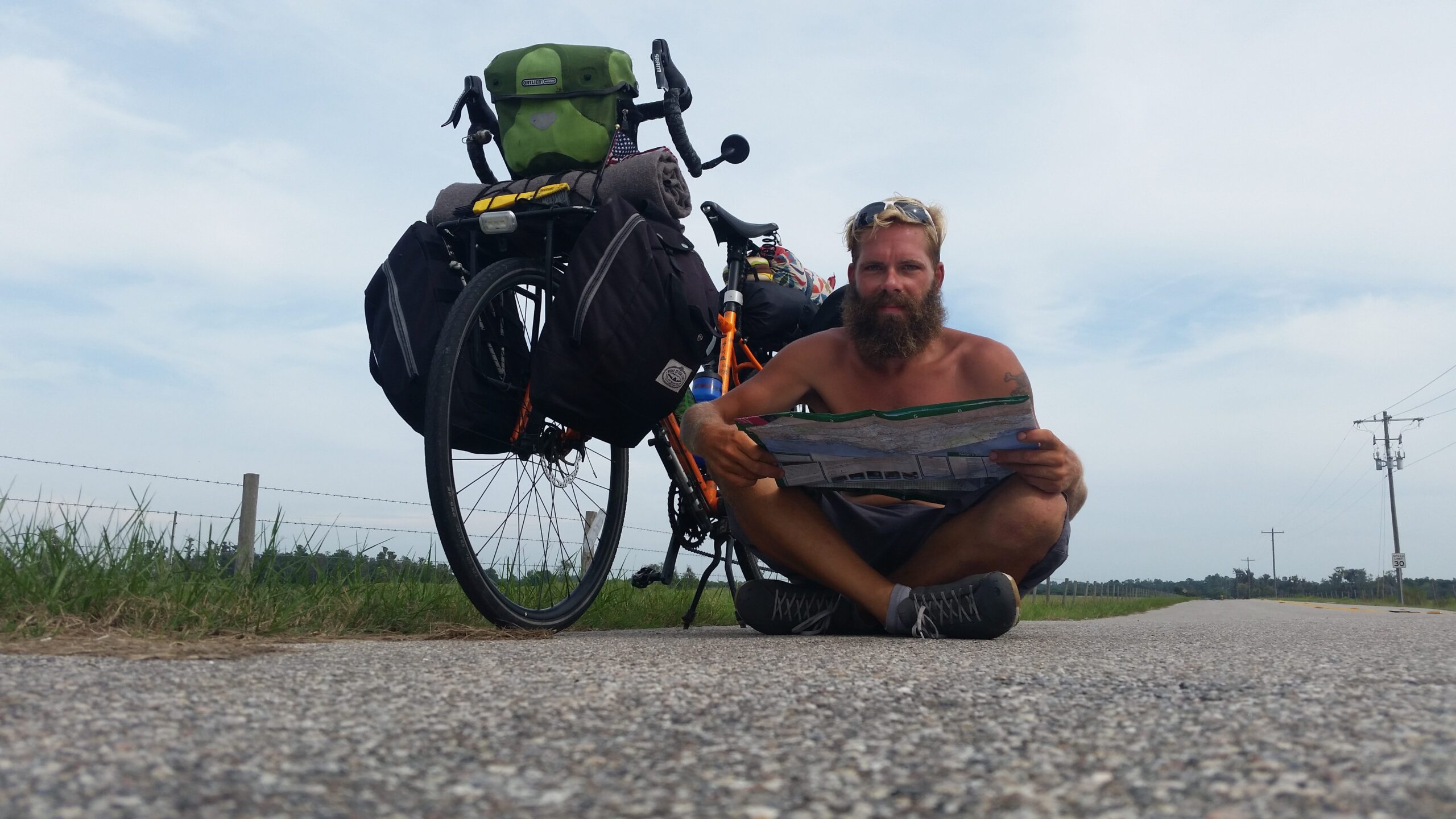 it feels like florida. not the clean part with hotels and beaches. the side where it’s hot and humid, bugs everywhere and wind always in your face. if it wasn’t for my lack of shower in a few days, i’d wonder why people were looking at me strange.

i started a little early, but nothing out of the ordinary. i was up and on the road by 6:45. it’s a good start time, but for all of the miles i wanted to cover, i should have left earlier. most of the day was spent on or next to 98 south. there were a few times i took some side roads for interest, but really the side roads only had lime farms through them. some of the farms were huge. some looked old, some looked new, but they all had limes. miles and miles of trees all in lines. i wasn’t sure they were limes until i had saw one broken on the street. i’m used to very tiny limes in chicago. some of these were comparable to large apples.

it got hot, i kept riding. the wind shifted to be in my face, i turned so that i could avoid riding into it, the wind shifted again. then it started raining. then the wind got harder. then the rain stopped and the bugs came out. then the wind was blowing all the bugs right into my face. then the roads got bumpy. basically, all of that happened, but twice. it didn’t start getting much better until i reached lake ockechobee. then the bike lanes disappeared. something was always going out of my favor today, it made riding difficult.

when i went to turn to get on the lake okckechobee trail, the gate was closed and locked. sigh. i’ll just go to the next opening. the trail was about 20 miles to the part of the lake i needed to get to. i was tired and wore out, and being next to a giant lake the wind was terrible. it was really beautiful though. i wish i had been in a better mood for the lake, i did get a few photos though. i think after riding 120 miles, i wasn’t too concerned about the lake. later on in the evening, when i was almost to camp, i was riding down the lake trail, the bugs got so heavy that i had to keep my head down and mouth shut. they were everywhere. that had been going on for about five miles. i would occasionally look up, see nothing and look down again immediately. until the last time. i saw a gate about eight feet in front of me. not like a tall gate, but a galvanized bar, stripped with reflective stickers. i slammed on the brakes, but it didn’t help much. i was going too quick. the bottom of the gate meets with my front rack and they have a 1/4” difference. anymore than that and i would be in a lot worse shape. my rack went under the gate and my blanket on the front rack absorbed most of the impact. from everything stopping so suddenly, both rear panniers had come off and one of the front ones. i put them all back on and started riding to find out i had a slow leak in my tire, and it was dark. i pushed really hard to get to the campsite before it got too bad.

while i was setting up my tent tonight, i saw the pole had been damaged from something. i have a tent pole repair kit, but i kind of wish i knew what happened.