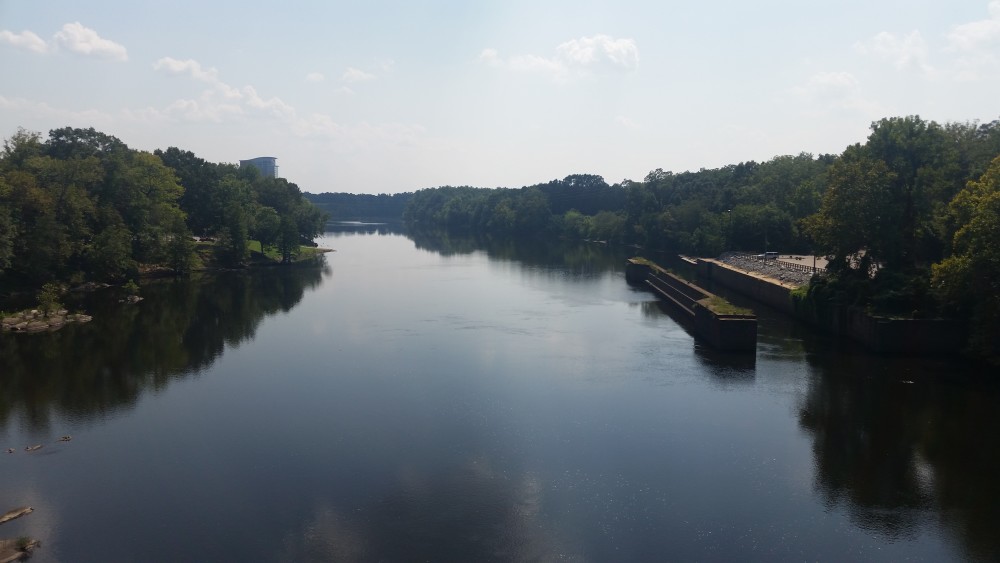 i couldn’t sleep in. i knew it had to be an early day. thankfully i had went to sleep early last night so that i could get the rest i needed. i woke up at 5:30a, coffee, cleanup and packing only took about a half hour. i sat for another half hour to read the news i have missed while sipping the coffee.

i grabbed my bicycle and got on the road. it’s been a few days since i got a good early start. i function best in the early morning. i can get stuff done before you’re awake. so i rode. i started early, and i pushed hard. i had 88 miles to go to get over to the warmshower house in montgomery. i wanted to arrive early afternoon.

riding out of brent, alabama in the morning along an alternative route(not 82) was nice. quiet, low traffic and shaded. the humidity started early causing me to sweat a lot. i drank as much water as i had, waiting until the next small town to refill. i felt much better riding today than in the past few days. there were only a few small towns to stop in to refill water, so i had to make sure and stop at all of them.

i arrived in wetumpka from the advice of my warmshower, thinking i could avoid the traffic of the montgomery. as i got closer, the traffic picked up. i crossed a small bridge, then made a right and the traffic was much worse. no curb, no sidewalk, just speeding cars. it wasn’t easy, but i still had about twenty miles to go.

i got closer to the warmshower(bethany and dave) and let them know i was arriving. i had made the 88 miles all before 4pm. it made me feel good, but my legs were still sore for some reason. hopefully that doesn’t continue. my warmshower ordered dinner for me, which was a delicious bbq baked potato. we talked about bikes, touring, all sorts of stuff and they told me about their recent trip to yellowstone.

i thought about my ride over the past 39 days today. how far i’ve come, how many people i’ve met, what i’ve seen, just everything. it was a lot to think about. i’ve been on roads where less than a car a day drive, i’ve seen things on my route that don’t get the chance to be appreciated as often as they should. i’ve met some amazing people. it doesn’t seem like it’s going to be over soon, but it will be. i thought i knew a lot about what i was doing and myself before, then i learned more. i still feel like i’m not as prepared as i could be, even 39 days into my ride.

it was an uneventful day, dealing with heat and humidity without much scenery. i’ve pushed a bit hard and made a decent set of miles today. day 39 done.