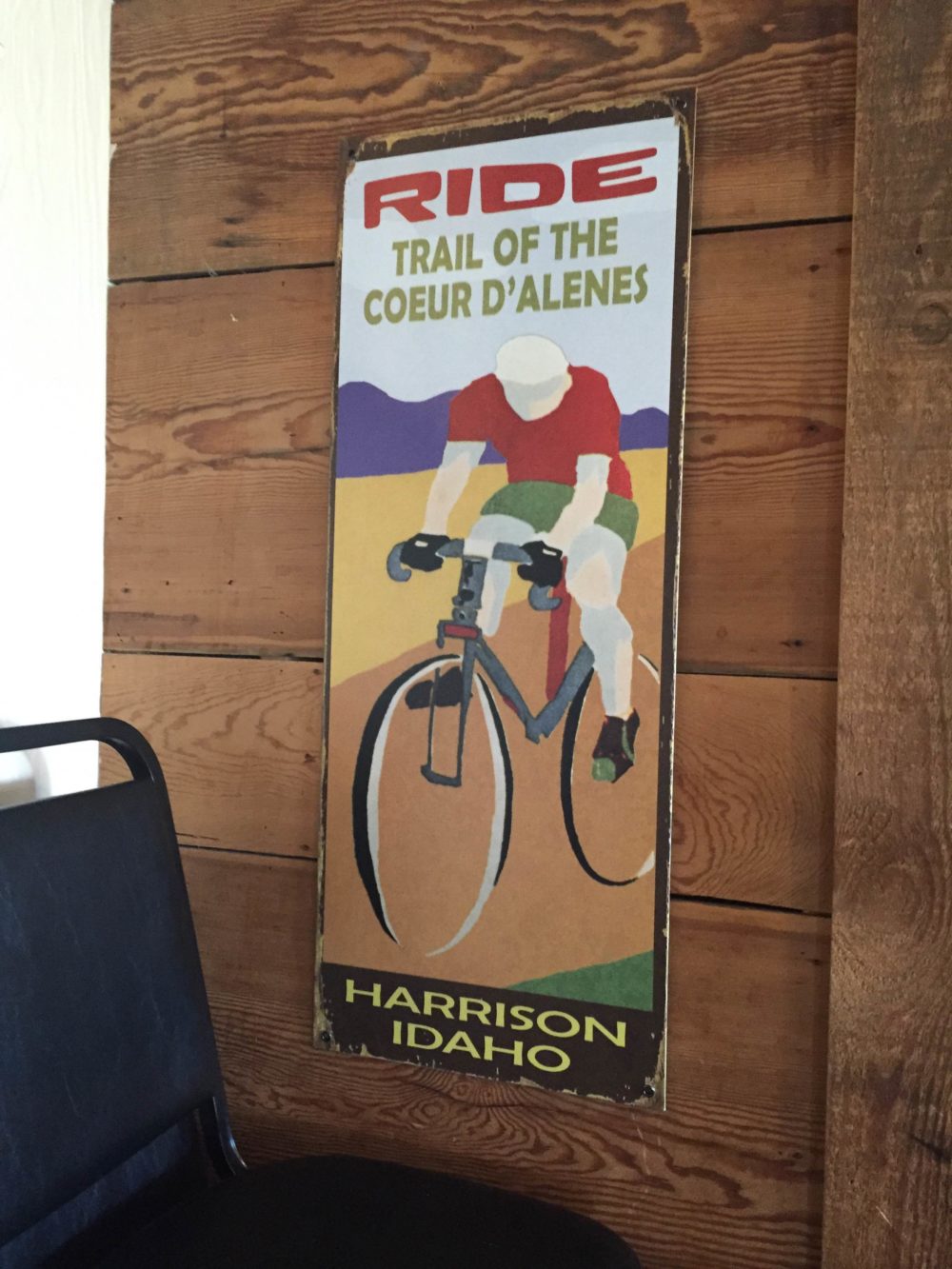 a days rest after my body shutting down yesterday was what i needed. sure, i may not have taken a full day off, and i don’t have any full days to do that on schedule, but there are plenty of days like yesterday that i’ll be able to rest. combine my rest with all of the support i received from everyone and i was fully charged and ready to go today.

the ride from spokane was great. a few days ago, the farmer that i had talked to had told me not to rely on my gps, but go rather where i feel the ride will be better. my gps had told me to go down a gravel road today, once again and i thought of that. it was about a quarter mile longer to just stay on 28 and get to the same place. eastern washington is great. it smelled like fresh wheat and pine trees, because each were on both sides of me. rolling into idaho was no big deal either. i’m not sure if it was because i was well rested or if it was because i had just given up paying attention to the grades and elevations. the next thing i know, i get to a steep hill. a very steep hill. it’s about a 1200 foot drop over a mile or so. i reach for my go pro, go to turn it on and the battery is dead. i charged it before i left, i made sure it had a full battery, but those cameras i swear use way too much battery for the little convenience they offer. i’ll have to charge it up tonight and use it on my big drop tomorrow.

after coming down the giant wavy hill today, i ended up on the start line of the cour d’alene trail. it was so nice. paved, and about 60 miles. i’m not to the end of it, but i heard it was paved the whole way. it wraps around the lake and it’s about eight miles of waterfront that you’re riding on. right by harrison, by the trail is a beach that i had to go rinse off in, and then promptly went to the bar across the street with all of my water bottles. one beer and four water bottles filled with ice water later and i was on my way again.

it’s now been another 50 more miles and i’m finally tired. i did a century today and it was over 100. there’s a cool breeze in idaho, and it’s hard to describe. maybe not. think of it like when it’s really hot out, then you turn on your ac, then you put your windows down and go for a drive. you get some cool air, and some warm air, but it’s still hot out.

the moon is full and i was sitting out writing this when a woman came and stopped to talk. she lives in the next closest town, wallace, and she owns a chocolate shop. she only had one chocolate with her on her bike and gave it to me. i’d love to go get more but i’ll be leaving much before anyone is awake.

these three days were supposed to be 117, 110 and 12, but i figured rather than try and get all of it like that, i can split it up and use some extra time from my missoula day. today i did 100, tomorrow maybe i’ll do something closer to 80. either way, it’s going to be fine. i’m glad that i feel better and it was really nice to hear from everyone. day 05 done.

wild turkeys cheering me on in spokane right before i left.

the bridge for the trail of the coeur d’alenes

so many new backgrounds for my macbook.

my muscles are getting much more toned. i thought my legs were muscular before, but now they’ve got more and in different places. and it’s only been five days. that wasn’t really gross, but it’s going down the scale and getting worse.

i gained a bit of weight before the trip. i wanted to burn it off as i go, and not have to worry about my body not having anything if it needs to burn fat. today i noticed my stomach is a little loose, like the skin hasn’t had time to adapt to the weight going away. it’s like i’ve got this silly skin bag on my stomach(not flappy, just almost stretched but needs more time).

i’m not sure what to think of this, but mostly on my knees, i’m getting these whiteheads and a lot of them. its only on my lower legs and knees, but mostly my right knee. i can’t think of what it’s from other than some sort of reaction to my knees getting sunlight. i’d like to think they’re fine.

my poop is green. it’s been green for three days. after the second day i became concerned and thought maybe i shouldn’t have drank from the yakima river. after doing a little bit of research, it turns out that there are two very common causes for green poo. one is a high intake of certain fruits or vegetables with a certain protein. i forgot what it was, otherwise i’d put it in there. i’ve eaten a ton of blueberries and apples. more in the past week than the past few months. second is a little more about me. when your liver gives out bile, bile is green. during the normal course of your day, your poo starts green and goes to brown after the bile has robbed as much as it can from the poo and then out it goes. my body is going through food and digesting things so quick that it may just be that i’m pushing it out before it’s normal time, probably due to riding my bike for eight hours a day.