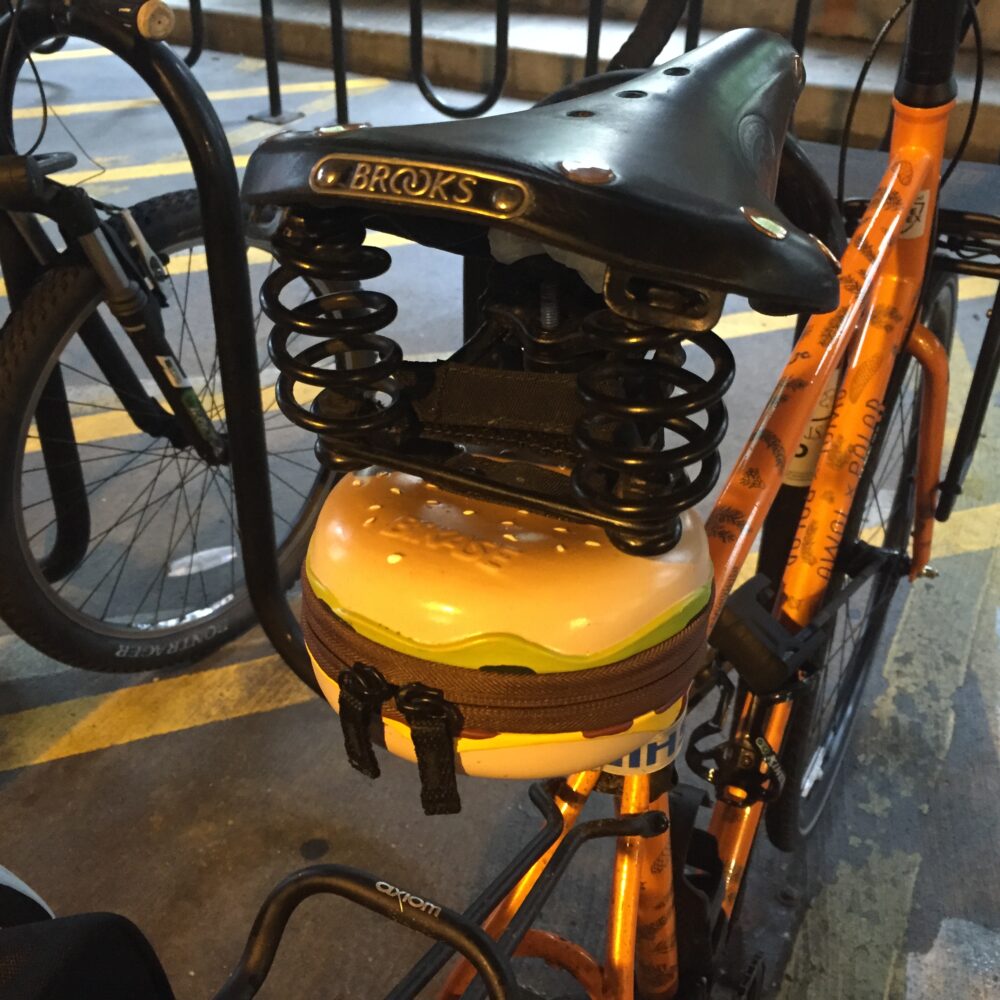 the awolxpoler receives compliments. more than the long haul trucker did, but less than the raleigh twenty. the pugsley gets a bunch of compliments, but i think that’s more of a “wow” factor. ever since i put the cheesburger on the bike people seem to notice more about it. yesterday i got a compliment about the decals all over, then i explained that they weren’t decals, they were part of the paint job. i guess i’m still working out how to take a compliment.

everything is in place for the adventure, although i still need to do more work on the routes. i keep forgetting that they won’t draw themselves. my friend julie emailed and invited a bunch of people over for a bbq in a week or so, and i was really happy to schedule some time to relax. now that i’ve got that some time scheduled i can work hard to get as much done before then. it’s been a rough week trying to do everything with my bruised ribs. jokingly i say they hurt because i’m almost human.